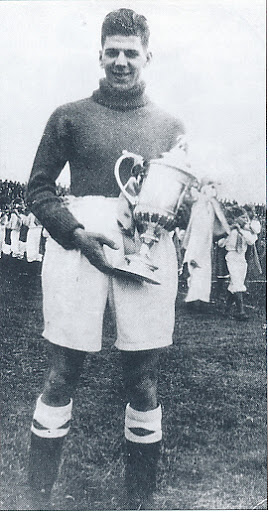 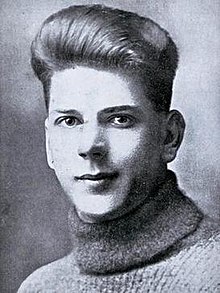 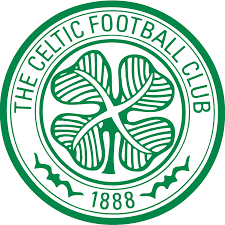 ” They Never Die Who Live In The Hearts They Leave Behind”

John Thomson, born in Kirkcaldy, Fife on the Scottish East Coast in 1909…A big mining community. Whilst been educated at Denend Primary School, his talent at goalkeeping was evident at a very young age. Thomson was a member of the Auchterderran team that won the Lochgelly Times Cup. It wasn’t until the 1925-26 season that Thomson, who only just joined Wellesley Juniors, had already attracted the interest from Celtic. The Fife Free Press Newspaper stated:

‘Had (Wellesley Juniors) unearthed a champion goalkeeper in Thomson, he is a youngster yet but should develop.

It only took a handful of games for Wellesley Juniors side that made Celtic pay out a transfer fee of £10 for the 16 year old goalkeeper. Off the field, Thomson was involved in an ongoing General Strike with the miners at Bowhill Colliery over better pay so from Thomson’s perspective, there was no better time to become a professional footballer.

On February 5th, 1927 Celtic had beaten Brechin City 6 -3, but legendary manager Willie Maley was concern by the fact that his first choice ‘keeper Peter Shevlin had conceded 3 very soft goals so it was decided that 18 year old Thomson was to get the nod in the following game. So at the raw age of 18, John Thomson made his Celtic debut in a hard fought away win over Dundee in a very cold and wet Dens Park. It’s quite a rare thing, for any player, never mind a goalkeeper being trusted and given the responsibility of being a first team regular at such a young age. The dogs in the street knew that John Thomson was going to go on and become one of the very best at what he did. For the remainder of the 1926-27 campaign, Thomson kept his position between the sticks helping Celtic finish in second place that season. He also won a Scottish Cup medal that year as Celtic overcame East Fife in the ’27 final, the first many honors that were destined for Thomson.

Many descriptions of John Thomson from journalists and supporters alike mention that he didn’t look physically, like a goalkeeper. Standing at only 5 foot + 8 inches tall, he was considerably short for the role. A ‘slim and wiry body‘ , if he turned sideways, you could hardly see him. However one should never judge a book by it’s cover. It was in fact the bravery and fearlessness of the boy that made him what he was. His very high level of consistency was also a major contribute of Thomson’s game. Although a quiet and unassuming character off the pitch, his manager describes him saying’ His merit as a goalkeeper shone superbly in his play. Never was there a ‘keeper who caught and held the fastest shots with such grace and ease. In all he did there was the balance and beauty of movement, wonderful to watch.’

After playing in an away game against Rangers,  A Daily Record journalist had wrote:

‘ The Celtic ‘keeper was simply immense. All sorts and conditions of shots came at Thomson. Point-blank range, low shots caught in a vice, running out to kick clear and clutch crosses again and again.’

It was exactly 3 years to the day that Thomson had made his debut at Dens Park that he was seriously injury at a game against Airieonians. Thomson suffered a broken jaw, fractured several ribs, damaged his collar bone and lost 2 teeth. ‘What was in his mind when he made the neckbreak, goal-saving dives for which he was reowned.’ Following that game, Thomson’s mother Jean who, not for the first time, had attempted to convince her son to retire for the game. She said that she had a premonition that John would be killed playing football. Tragically it wasn’t until the start of the 1931/32 season that Jean Thomson’s worst fears would become reality.

September 5th 1931, your usual spin-tingling, rip-roaring Old Firm between 2 of Scottish Footballs biggest rivals was taking place. It was business as usual. Early in the 2nd half it was Ranger’s Sam English was racing through on goal and seemed odds-on to score, only for John Thomson in the Celtic goal threw himself at the onrushing English. Thomson’s head collided with the Rangers player’s knee which ruptured an artery in Thomson’s right temple. A devastating blow. The casualty Thomson was lifted off the field of play via a stretcher and taken to the Victoria Infirmary. He sustained a lacerated wound over the right parietal bones of the skull, causing a depression in his skull, 2 inches in diameter. The Ibrox crowd had been stunned into silence over concerns regarding the Celtic youngster with most of people unaware of the extent of the injury. A presumed mild concussion was mistaken for a fatal head injury resulting in death. 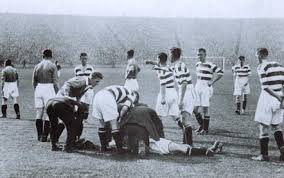 An unsuccessful emergency operation led to the tragic loss of 22 year old John Thomson at 9.25 that evening. It is gone down in history as one of the saddest and darkest days in Scottish Football history. Sam English who retired from football in 1938 had told a friend that since that accident that killed John Thomson, he had ‘7 years of joyless sport.’ An estimated 30 thousand people had attended the funeral to pay their respects, with many people making the 55 mile walk from Glasgow to Cardenden. And to this day, fans pay a visit to the mans graveside to pay their own respects. Among the great Celts who have passed over, The Prince Of Goalkeepers has an honoured place.

One thought on “John Thomson”