This Bank Holiday weekend, we remember one of the most influential figures of the Irish War of Independence. This Sunday, October 25th will mark the 100 year anniversary of Terence MacSwiney’s Death, in Brixton Prison. 1920 was a very historic year for the people of Cork. A lot had of happened. The Burning of Cork and the assassination of MacSwiney’s predecessor as Lord Mayor of Cork – Tomas MacCurtain were huge moments during the Irish Stuggle against British Imperialism. But no doubt, Terence MacSwineys 74 day hunger strike surpasses any of those moments mentioned and would of had the biggest impact. Like the 10 hunger strikers of 1981 in Long Kesh Prison, the sacrifice Terence MacSwiney made, echoed around the world. He inspired men such as Mahatma Gandhi and Vietnamese revolutionary – Ho Chi Minh with his efforts and writings.

Being a proud Celtic Supporters Club from Cork, we would like to honor men such as our 2 former Lord Mayors – Terence McSwiney and Tomas MacCurtain before him, by designing and creating the ‘MacCurtain – MacSwiney’ club scarf and club badge, available at our club store. Both the scarf and the badge are a beautiful and historic piece of merchandise, such lovely items to honour their bravery and efforts which took place on the streets of our City, a century ago. From the late 1990’s to 2003, the Cork No. 1 CSC was prospering. We could even afford to divide up the club into ‘branches’ right across Cork County, and further afield. Our City branch was named after the 2 famous Cork men. Keep them in your prayers this weekend Bhoys and Ghirls. 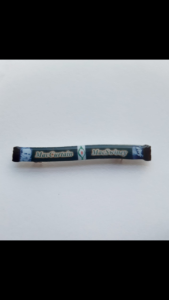